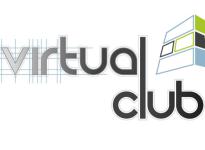 Want to go clubbing but can’t really be bothered to go out? This baby could be just what you’ve been waiting for...

No doubt Awdio technologies, at least CEO, Julien Ulrich, is looking for more serious clubbers who perhaps just couldn’t be at their favourite nightspot that evening. But in all seriousness, this innovation could change clubbing forever.

I met Julien outside Scala nightclub, Kings Cross, London, just an hour before Awdio’s UK showcase. Chatting in the V.I.P. Room of the club, he seemed enthusiastic and driven about his latest venture.

"This is virtual clubbing, what we are doing is good for the clubs, great for the fans and great for music."

Awdio.com is essentially a portal that will transport you - the hardcore clubber - to your favourite evening haunt, wherever in the world it may be. By using online streaming, Awdio.com plays the live feed of whatever superstar DJ may be at the decks, to your PC. So who exactly thought this was a concept that would catch on? Ulrich, who bears more than a passing similarity to Jeff Goldblum, sits up in his reclining leather sofa to tell me.

"Awdio was founded by two party guys – Vittorio Strigari and the French designer, Ora-ïto, about two-and-a-half years ago. They were working late in the office and they wanted to listen to what their favourite clubs were playing. So they figured they’d setup a website where you could do that. Vitto took his pager and went backpacking around the world – he came back with 50 clubs signed up."

Whether Vitto knew when they had this 'eureka' moment that he’d be the one doing all the legwork is unclear, but that’s essentially how the idea got off the ground. And with over 100,000 users signed up and ready by the launch night, it seems the duo may have struck a chord with their audience. Julien eagerly elaborated on what they're all about:

"What we do is plug in our equipment directly to the club’s sound system and stream that in high-quality audio to the site. There is less than a one second delay so you are hearing exactly what’s happening. We have over 150 clubs signed up in over 20 different countries worldwide. Currently we are in discussions with most, if not all, the big clubs and our influence is expanding into Africa, China, Russia and the UK."

Ironically, Scala wasn’t on that very long list, just for the launch night only, but the idea seems to be one that is attracting investors and advertisers like a metaphorical flu epidemic. Ulrich himself is no stranger to online brokering, with the likes of the head of Virgin Music downloads feather in his illustrious cap. Though he concedes that the site will have a premium membership base, core features he insists will remain free.

"The clubs will get more promotion and we are distributing part of our revenue to them, so what we hope to establish is also a new source of funding for them. We want to work alongside the clubs. At tonight’s launch we will be announcing our deal with Hennessy [Artistry], and deals like this are how we keep the service free. Of course we will introduce premium features – like track-listing from sets (with the opportunity to buy the track) and listening to sets you’ve missed."

So whenever you hear that friend of yours talking about how amazing that DJ was and how you had to be there – well you can now bloody well judge for yourself. But will Awdio discourage people from going clubbing?

"We’re just bringing the good things about clubbing to people. This is like a supplement to clubbing (particularly useful in the over-mentioned ‘current economic climate’). We are looking into video interaction between users and ultimately we want this site to have every genre going available. At the moment it’s mainly electronic-based clubbing but we are expanding into the US with Hennessy to get some hip-hop clubs on-board. And personally I would love us to have some opera on there one day."

The company also have an iPhone widget/application in the pipeline – giving room for even further growth. Awdio are indeed a young company, but their potential should be more than enough to have the likes of MySpace taking a nervous glance over their shoulder.

As Ulrich was forced to play second fiddle to the Apple conglomerate in his previous musical management role, you can see more than a glint in his eye from a man that said he would never return to music again. And he has every reason to be excited, for Awdio could change the way punters go clubbing forever.