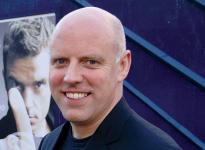 The economic downturn has so far left a trail of bankrupt businesses, ranging from banks to furniture showrooms. As the 2009 festival season gets underway, questions are already being asked as to whether festival tickets with face value in excess of £150 will become an expendable luxury item.

We spoke with Geoff Ellis - head of DF concerts and the man behind such festivals as T in the Park and Scotland's Hydro Connect - at London's Event Show, for a take on his view as to what the future might hold for the UK music festival in today's poor economic climate.

In terms of the UK festival scene, Scotland-based T in the Park has always been noted for its stellar line-up of acts that don’t necessarily appear on an English bill. 2008 saw crowds welcome performances from the likes of Amy Winehouse, metal pioneers Rage Against the Machine and a UK exclusive performance from the legendary R.E.M. So how does Geoff think last year’s festival went?

"Last year went very well and it sold out in less than an hour," he boasts. "On the Tuesday after the event we put half of the tickets for 2009 on sale, which sold out in a couple of hours. I could put a bill together for half of the money we spent last year and know that we’ll still sell the tickets. We over-deliver and that’s what keeps the festival strong and makes the tickets sell so fast."

A unique, value for money experience

Geoff has every reason to be confident, with over half of all tickets being snapped up before a single act is even announced. Last year's Oxegen Festival in Ireland delivered a series of class acts you might only expect to find at your more rock-inspired festival, such as the Stereophonics, the Kings of Leon and The Verve. But with almost every festival claiming line-ups to die for, what is it that really retains the public's interest?

"I think it’s about value-for-money. A decent concert ticket will cost £40+ which is equivalent to a day at a festival. £150/60 is particularly good value which works out at less than £1 per band. If our line-up was the same as Reading or V then people would start thinking twice – we are in Scotland, which is a whole different country. But it’s not just about the line-up, it’s about having a unique event and we’re conscious people may choose to go to 2 or 3 festivals.”

Glastonbury chief Michael Eavis has already confirmed that the 2009 event is 90% sold, all thanks to his new early-bird booking system. Whilst Eavis may have cleverly muzzled the nasty bite of the credit crunch from the more hardcore festival-goers' back pockets, what does Geoff think the downturn will do to his sales and will Glastonbury’s moves affect his own festival?

"You’re always conscious of those who won’t have a high disposable income, but then our core market of festival goer – whether it's boom time or recession, their financial situation is the same. They aren’t the most affluent members of society.

"Glastonbury gets a lot of media attention whatever they do, and people look to see what others will do as a result of it. I don’t think it will affect us as we have never tried to emulate the likes of Glastonbury and Reading, but rather be somewhere in between. We have bigger and more contemporary names than Glastonbury but are more of an event than Reading, so we have our own niche in the market.”

A break for smaller festivals?

In recent years, festivals in and around the UK have sprung up, however many seem to have been set with in a short-term mindset. One only has to think back to last year’s Zoo8 festival in Kent, beset with problems such as artists pulling out (having discovered they weren’t to be paid), lack of space for camping and even stages closed due to safety reasons. So what is the future for smaller festivals trying to grab a slice of that pie?

"They may need to stop running or perhaps have a break. I think that’s always going to be the case in a recession and there were too many about – not all of them can survive. They may not care as much about what they’re doing as we do and may not have as much experience – if any, of organising events.

"If you try and start too big, you will be found out. When Michael Eavis first started Glastonbury in 1970, he didn’t try to do a massive festival and had just a few thousand people there. There are a few things that have happened that have created a bad world for festivals, you don’t want people going away thinking the facilities are dreadful or half the bill didn’t show up.
"A lot of people think that if you put on a festival, you can pay for it all out of ticket sales, but how do you know the sales will be there? You have to grow sensibly and organically."

Organic thinking is certainly the theme of the day - Ellis' showcase festival has certainly pioneered green efforts in recent years by having their carbon footprint measured and conjuring schemes to reduce it. And other festivals have continued that trend, with Glastonbury offering free bio-degradable tent pegs (however useless they proved to be in reality), Reading offering beer for bags of rubbish, and car-sharing promotions springing up amongst some of the more established events.

It seems festivals are going green to improve their image, but what else can festivals do to survive? Geoff reckons something out of the ordinary might hold the answer:

"I think the good festivals will survive and the ones that appeal with a USP (unique selling point) such as the Under-Age Festival. That is unique and it shows there is a market for it. If there were ten like that they wouldn’t work as it’s about people being creative and knowing their market. Like any business, you need to run it sensibly."

And considering the likes of HMV have just invested a considerable sum in live music (buying the Barfly chain), it would indeed seem that live music and festivals may not have had its last hurrah - offering value-for-money and top bands, all for the small inconvenience of camping in the mud for a long - and sometimes very dirty - weekend in the country.

Despite the economic doom, Geoff seems optimistic: "I’m confident for the future of the industry but there will be a little bit of pain for some festivals, which will have a few years without growth."

An investment banker couldn’t have said it better.