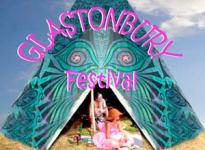 If you've got your Glasto ticket, you can party safe in the knowledge you're already helping charity.

Festival organisers have woven their links between Glastonbury and charity even tighter this year, with new beneficiaries in 2011.

Organiser Michael Eavis has been made patron of the Bhopal Medical Appeal (BMA), the charity dedicated to the clean-up of the infamous Union Carbide gas leak in 1984 in Bhopal, India.

Eavis has been working with the charity since 2004, donating more than £27,000 in return for hundreds of much needed litter-picking volunteers.

But the mess left at Glastonbury pails into insignificance compared with the ongoing industrial clear-up operation in Bhopal, where work is still going on to clear up the area.

Mr Eavis says 'We have a duty to help those less fortunate than ourselves. I've always believed in working for the community, and that for me, is a global community. We all have a huge responsibility to help these people.'

And BMA are clearly pleased to have another high-profile name as patron: he joins legendary Channel 4 news anchor Jon Snow at the charity.

From BMA, Becky Moss said: 'We're thrilled to have Michael as our new patron. He's deeply respected for his down-to-earth values, as well as his love of music and creativity; he works hard and is open to new ideas – we're now developing a campaign to highlight the contaminated water in Bhopal for Glastonbury 2011.'

And BMA isn't the only charity set to benefit from Glastonbury:  as well as the three big charities to benefit (Water Aid, Greenpeace and Oxfam), other well known beneficiaries will be welcomed to Worthy Farm this year.

Medecins Sans Frontieres (Doctors without Borders) will be present at The Common, which has been re-designed this year with a Latino theme. The international humanitarian aid organisation will be hoping for a big boost as they host a Friday night party at Bassline Circus.  The evening promises cutting-edge headliners, top DJ's and 'surprise guests'.

The charity will also be highlighting some of the amazing work they do around the world following disasters like the Haiti earthquake.  Exhibitions of photos and graffiti, as well as an emergency operating theatre inside a shipping container, are bound to be well worth a visit.