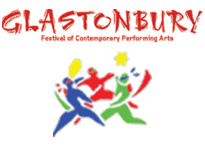 Following the announcement of Glastonbury Festival's East and West Dance stages, the full Dance Village line-up of seven stages has now been released.
The new WOW! stage will kick off the festival's Thursday evening with a programme to lift the Dance Village back to the cutting edge of electronic music. A line-up of some of the world's biggest DJs will deliver a blend of disco, future-garage, house and dubstep from a giant pineapple-themed DJ booth, surrounded by flamingo sculptures and kitsch tropicalia.
Also new in 2010 is Cubehenge, an outdoor venue with a completely fresh style. DJs such as Will Saul, Norman Jay, Zero 7 and Ashley Beedle will perform to an audience surrounded by a construction of monumental cubes. At night the cubes will be lit from within, shifting and changing colour iridescently.
"In the Dance Village we've looked at what contemporary UK dance music means in 2010," says the Dance Village's Malcolm Haynes. "With an all-out urban programme in East Dance on Saturday and WOW! looking to the future of dance music with acts such as Joy Orbison, DaM FunK, Jamie Jones and Kode9, we'll be catering for the scene aficionados as well as the chart followers."
The Pussy Parlure returns with a barrage of fringe and leftfield acts, including Annie Nightingale's Thursday night opener celebrating her 40th year at the BBC as well as Glastonbury's own anniversary. Dance Village also welcomes the BBC Introducing stage for the first time and sees the return of Magic Bubbles with an eclectic programme of DJs and special guests.
View the full line-up on Glastonbury Festival's official website.