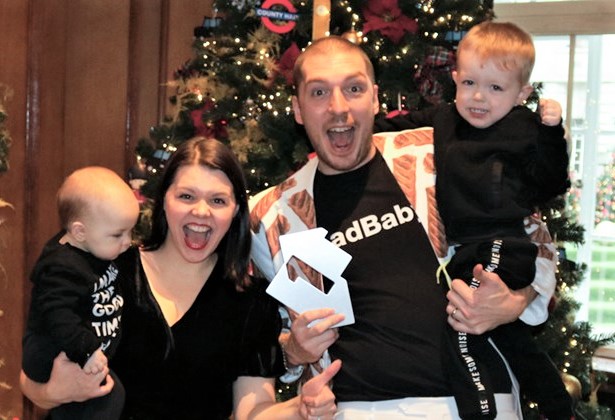 LadBaby's 'We Built This City... On Sausage Rolls' has been announced as the UK's official Christmas 2018 number one single. The track is a parody on the 1985 recording by US group Starship.

31-year-old YouTube vlogger LadBaby (aka Mark Hoyle) recorded the song with his wife Roxanne and their two sons, who all appear in the video. All proceeds from the single will go to foodbank charity The Trussell Trust.

The Official Charts Company, the organisation in charge of compiling and publishing chart data, reported combined sales of 75,000 copies this week alone. It snatched away the top spot from Ariana Grande's 'Thank You, Next' and Max's 'Sweet But Psycho', which started the week with an early lead.

Speaking to OfficialCharts.com, LadBaby said: “Thank you everybody in the UK who has got a sausage roll to the top. I can’t thank you enough not only for downloading the song but for raising money for such an incredible charity."

"I’m honestly speechless and lost for words. Thank you so much. YES MAAATE!”